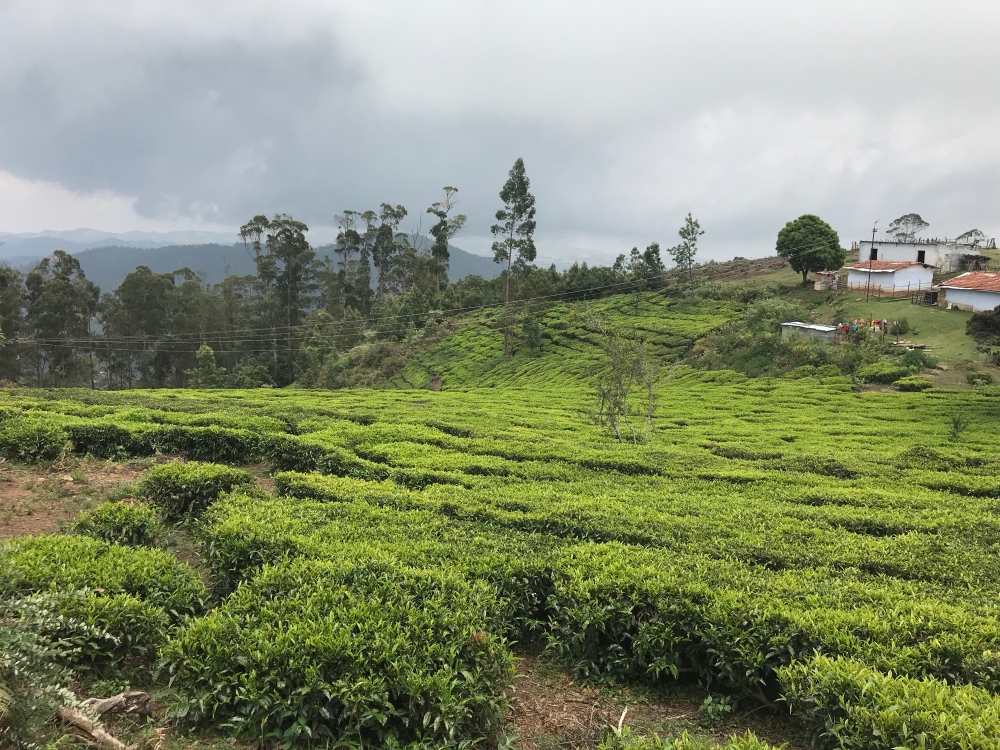 “Kotagiri is a beautiful Hills Station located in the Nilgiris Hills. About 33 km southeast of Ooty. It is believed to have the world’s second best climate.” That’s how the place is described in Wikitravel. But it is also a place where ancient tribes are living who up to now have been practicing a lot of different and diverse cultures. In a good and a bad sense. With advantages and disadvantages. But for sure in the need to find out where to go, how much to keep of old traditions and how much to adapt to the modern world.

Often advanced schooling is not seen as a real priority by the parents. The elder generation has different values that do not fit into the modern thinking. If you talk to them it might start to ask yourself if they are right or wrong. Many of them, Todas, Kurumbas or Irulas, live in small villages, sometimes in remote areas where still walking through the woods is on the daily agenda.

Their community sense is still working

In the villages there are living small communities, 10 to 20 families only. Around 50 ‘hamlets’ are in this region. Many of them are used to share when people from their community cannot make it, eg because of illness: food, items and care. In the evening they play together, sing and dance, and their waving and painting arts are really amazing. 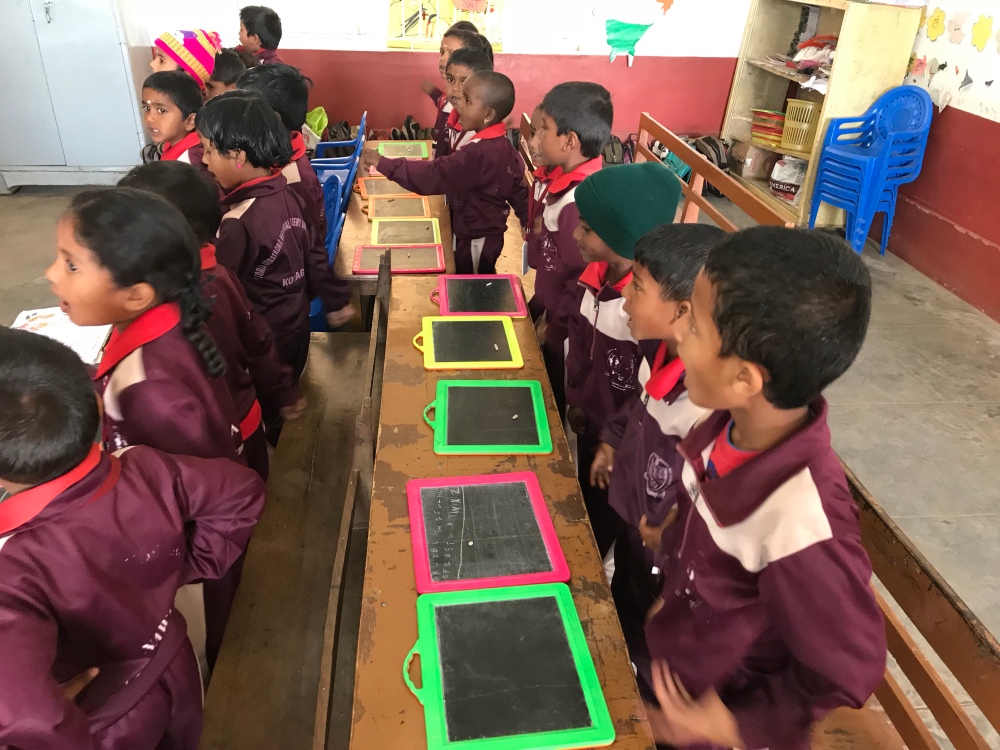 The rate of school drop outs is very high. Most do not reach 10th standard class. Young people who starts with university studies, rarely reach the final exams. Those who make get normally good jobs by the government. There is a special scheme for them. However, they have to decide: modern life and cities or traditional life and living in a paradise landscape where they feel home with less pollution, a very close relationship to the nature and ancient traditions.

At an early age – with 13,14 years – they have to go to live in hostel. The daily way to schools is not manageable any more.

But integration there in the hostels is often difficult. Their role models do not fit easily with the values and dreams of other young people from the cities. Facebook, stars, soccer -also tribals like it, but their future ideas look different. Besides mental identity the financial means are very limited: “My mother is not doing well. She is again in hospital. When she is at home she does not recover. I have stopped my studies and retaken again. But it does not work. I have to stay here “, tells one of the boys. He has finished the first year of statistics at the university – with really high marks. A parent’s disease, a small change in the family structures or any other struggle lead easily to stop the studies.

Visiting a tribal school run by a NGO

In Kotagiri there is a tribal school run by a NGO. Because these children do not learn well in a normal public school. Here, at “their” school the children feel more accepted, every morning a bus comes close to their hamlets to pick them. The teachers are very engaged. “Sometimes we work even three month without payment”, says one of them. “But it’s worth. We see so many talents here.”

There are many talents around

One young boy, 14 years old, is doing an amazing painting with natural colors which he is producing on his own – out of trees branches and leaves. During the school breaks he is painting – again and again tribal scenarios. He is doing it with a lot of passion and talent. It is an art he has learned from his grandmother. 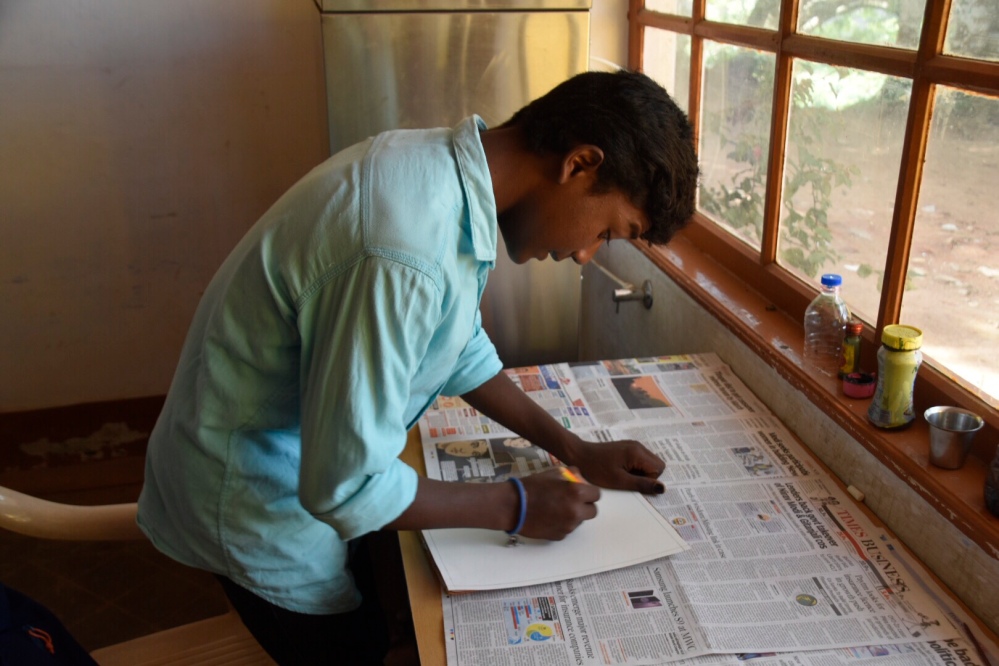 He sells the paintings, because in the family he is the only one who gains some money…and because he loves what he does.

Later, in the village I have a chance to discuss with some tribal adolescents about their future: “We will keep our traditions because we love the place we belong to.”

How a dream day for all our families would look

When I ask them about a big dream of their life (if they could going for whatever they want), they tell me: “It would be great if one day Ronaldo could visit and play soccer with us. We would organize a nice small championship and invite all our friends and people to be part of it. ” – “If he came I would train several teams for one year, including the young boys and girls from the other villages, “adds one of them. “Yes, we have some good female players, too. We play also in mixed teams.” He is a sports student at the university in Chennai.

So many questions – and identity issues

On our way back through the woods the two adolescents ask me if in the world there are other tribes like them, how they live, what they do. How they think about old rules and the modern world and how they decide to run their future. What I think about them and tribals in general. Why I travel and how I see the world. And the future.

I show them a small video from the Masai and Herrera in Namibia. “Wow, I would love to go and see them,” says one boy.

I don’t know what to tell them. Many questions mark are there. Also in my world. I just look around and see the amazing landscape in the middle of the tea field and woods. What to tell them?

Playing soccer with Ronaldo in the paradise or a travel to Africa might never become a reality. But for sure this youth has to find a way on how build their future, how to develop the villages and how to live.

It might be very difficult to combine their original roots and values with the modern world.