From field visits in tribal villages in Tamil Nadu to one of the biggest and most known Innovation hubs in Bangalore: just a 50 minutes flight away. A short flight that connects ancient times and the future!

Today, I had a meeting with Nasscom startup warehouse and I have met some startups who are part of the 10,000 startup campaign. This campaign has been launched in October 2013 in Karnataka and so far 5700 startups have participated.

“The problem at that time was the lack of office spaces for startups. That’s why we founded Nasscom where startups can rend a cheap office place and connect to each other,” explains one of managers at Nasscom. “Today, we focus more on mentoring. We have realized that the average age of startups is going up. Mostly startups coming in are at an age between 35 to 42 years now.” Nasscom is looking now for solutions in the tech space and co- creates with academia, startups, government and companies.

Office space for startups participating in the 10,000 startups campaign

Interesting discussions with the startup people

One of the entrepreneurs is demonstrating a set for health care workers to test 10 different parameters. Mostly parameters to avoid and prevent non- communicable diseases such as high blood pressure, diabetes, but also eye sight, growth etc. “We have be able to make it mobile and cheap. A ten parameter test costs – done in this way – roughly 3 USDollars. We need to invest in prevention, not in sick care,” he adds. Indeed an interesting model that targets at roughly 200 millions of people in India who live closely above the poverty line.

Another group of people is working on a solution for babies who wake up in the cradle and need smooth movements. “We are constructing a cradle with sensors, sensors connected to mobile messages that help parents to sleep and to give warnings when something is not going well with the baby.” 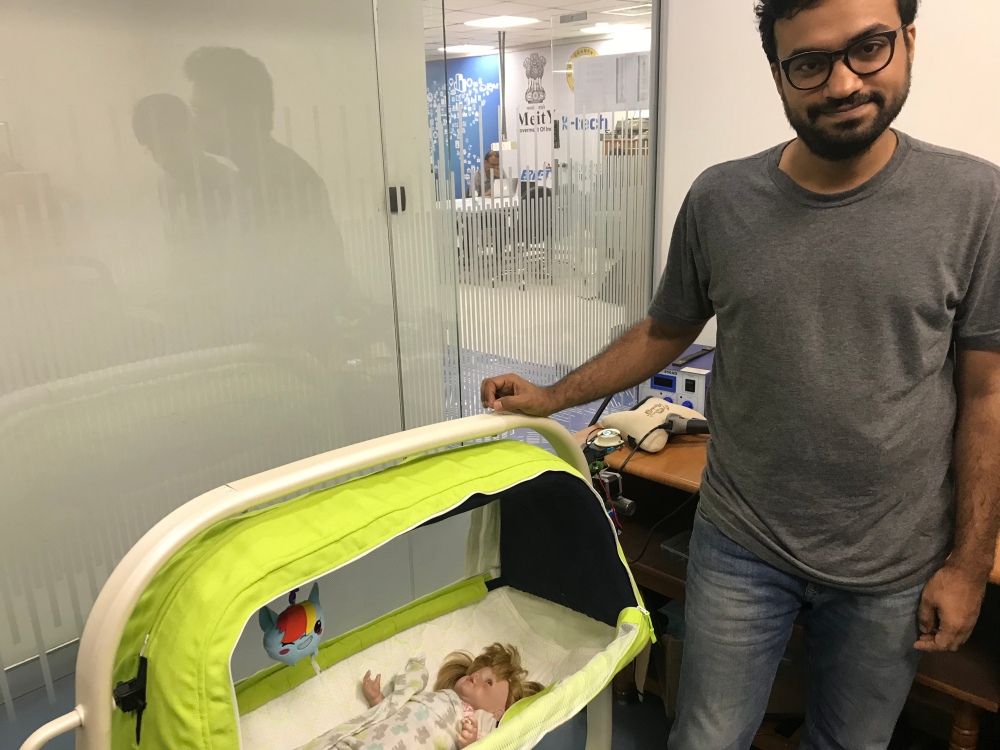 There is so much to discover, many many ideas and I’m sure I will come back the next time and stay here much longer. But on my agenda there is already the next meeting planned. …

I wish all these startups good luck! And that more female startups will join. It’s only 3% of them so far.